Vegan Potato Salad is one of the comforting recipes that everyone should know how to make. This recipe uses vegan mayo and makes the ultimate side dish that even those who aren’t vegan will love! 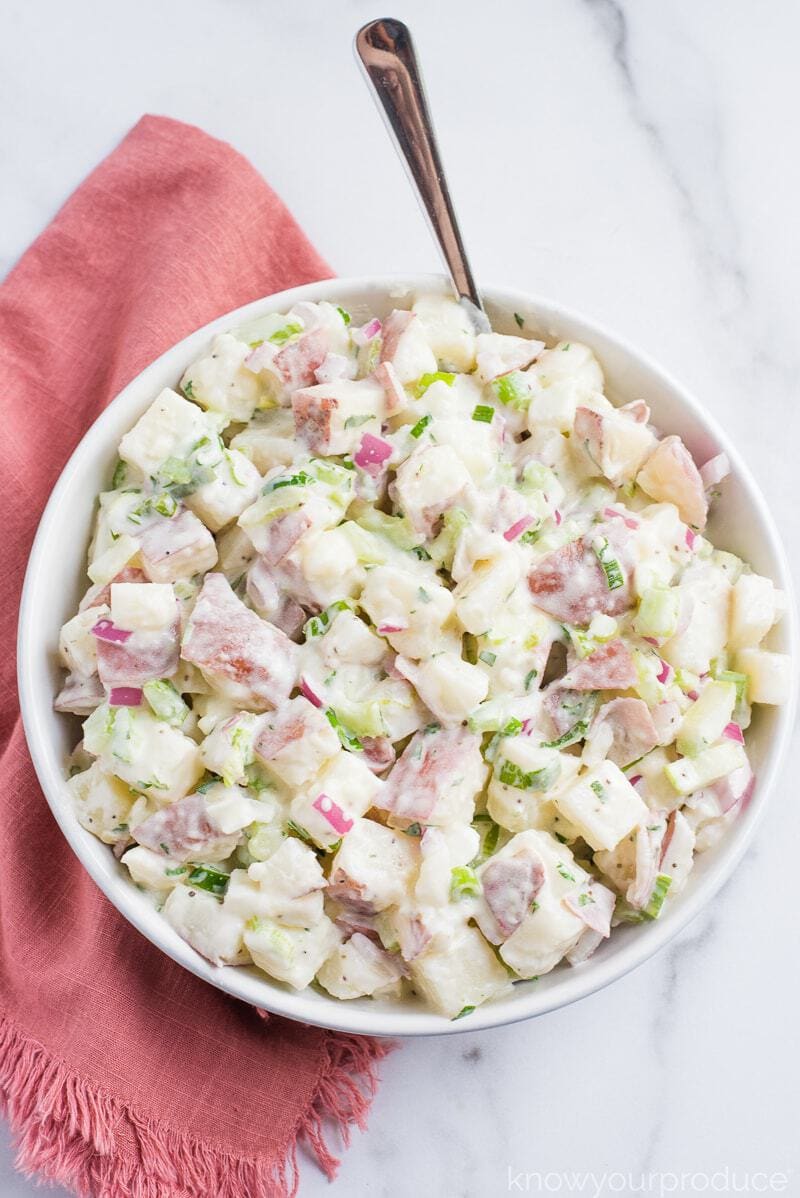 Salads are a potluck staple. You can bring this to a backyard bbq, birthday parties, holiday dinners, or even a simple get together. It’s so easy to make a simple creamy potato salad that’s vegan! When making a potato salad we love adding color whenever possible and that’s why this is a red skin potato salad and we also add in the red onion, celery, and green onions for more color.

how to make vegan potato salad

Start off by making the potatoes first as they take the longest time to cook. You’ll want to chop them up into bite size pieces and then place into a larger pot with water covering the potatoes, at least 2 inches over them. 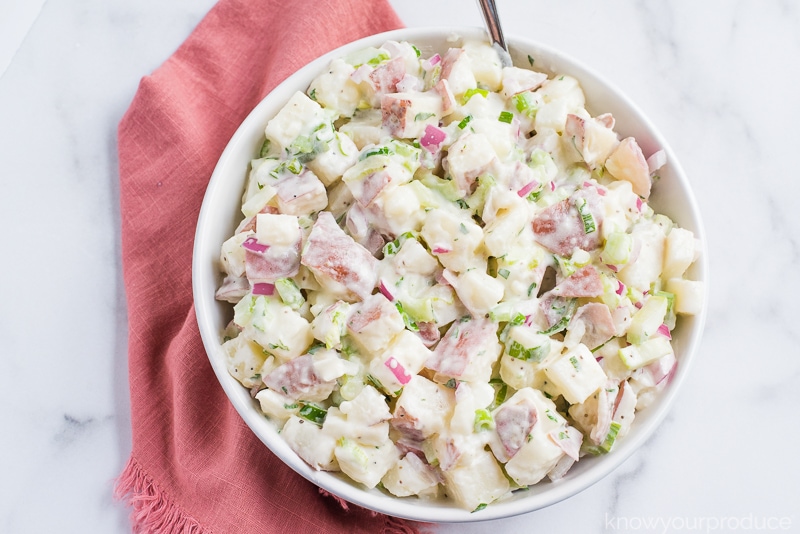 You can find many options in the markets these days and it’s great to have options! Our two favorites are JUST and Hellmann’s.

if you like this vegan side dish you’ll also love our vegan coleslaw! 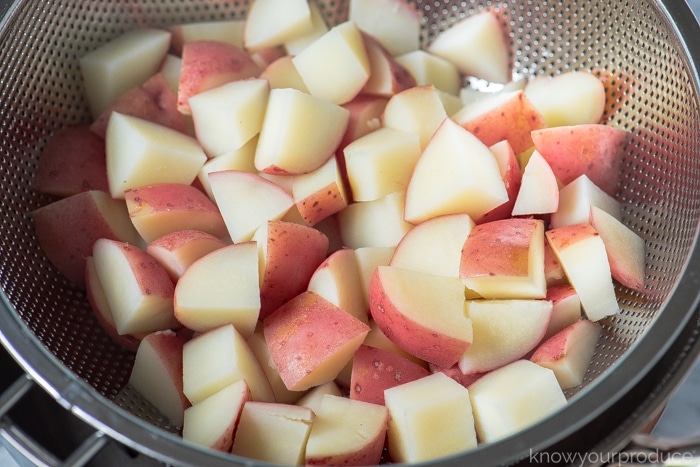 Allow them to boil and cook until fork tender. Drain once they’re fully cooked to your liking. While the potatoes are cooking you can prep the vegetables, herbs, and dressing. 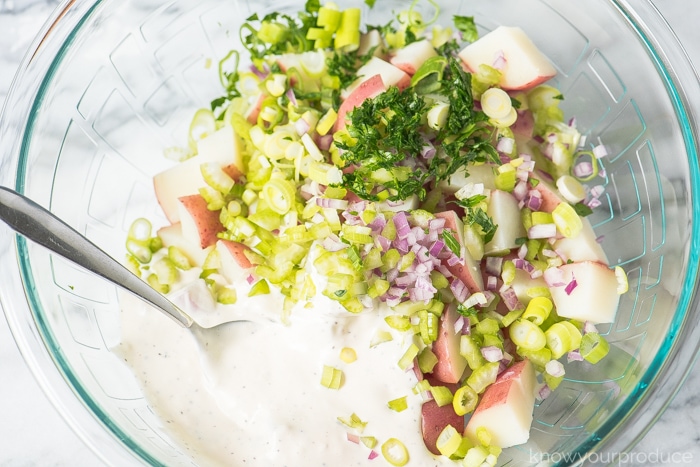 Once the potatoes are finished toss them in a large bowl with the veggies and dressing. 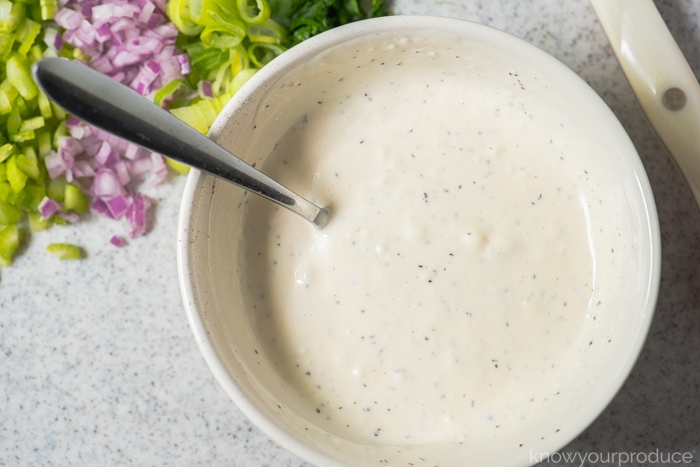 Simply mix it all up and then pour over the potatoes.

You could even use this dressing recipe for a pasta salad too, just add in a few more herbs and even some citrus if you’d like. 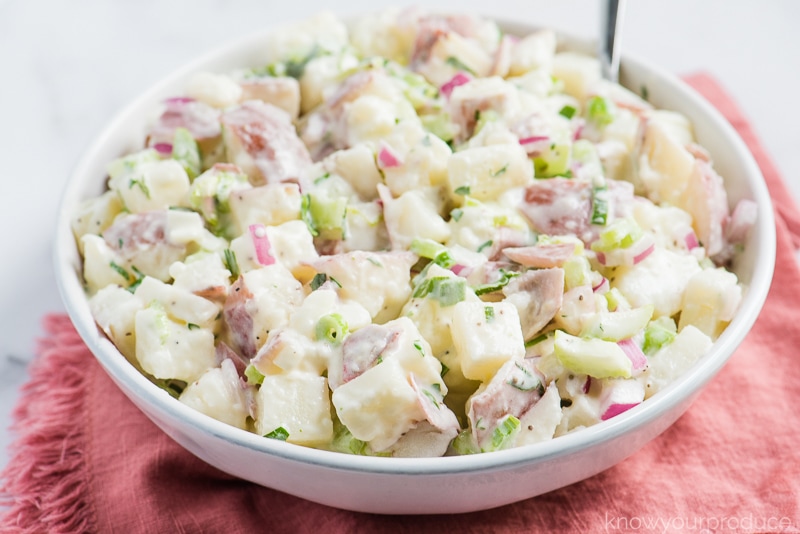 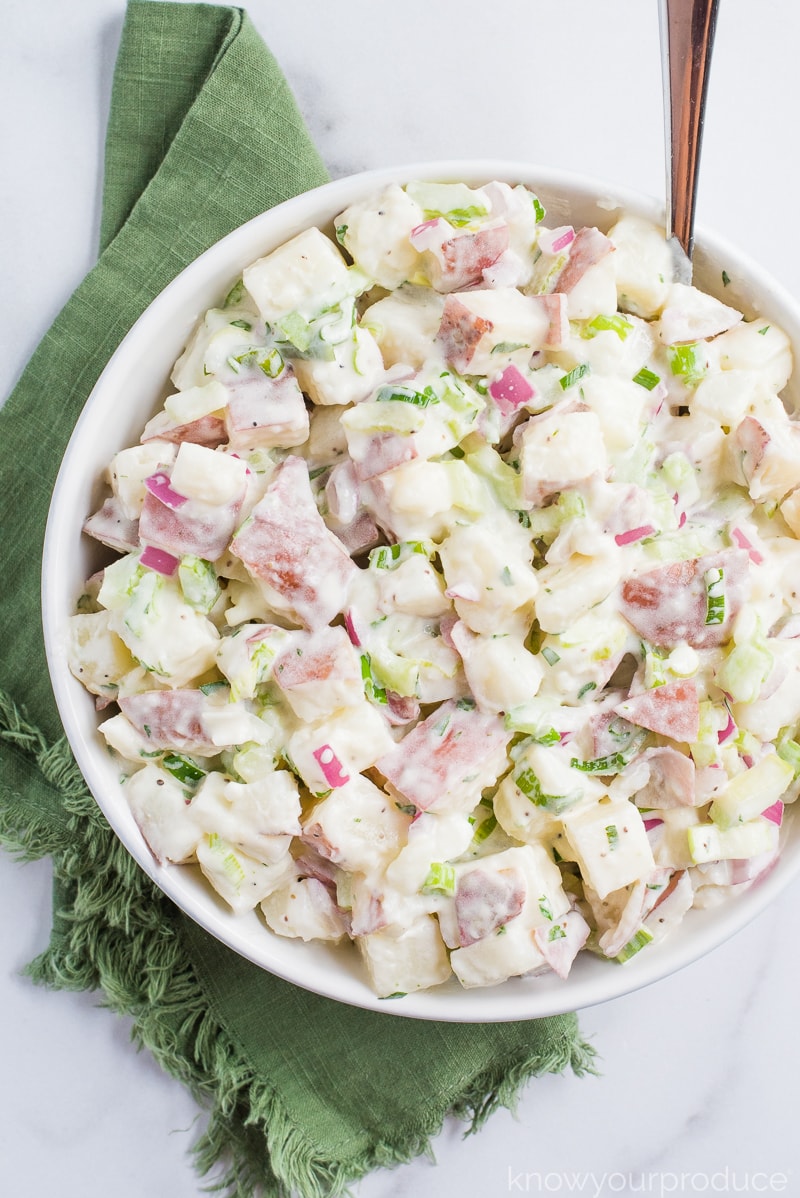 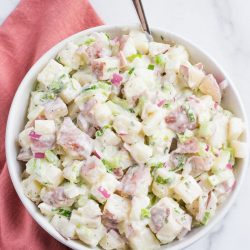 Potato Salad is one of those dishes that are always better the next day. If you're planning to go to a party tomorrow, make the potato salad the night before. It will be extra flavorful! 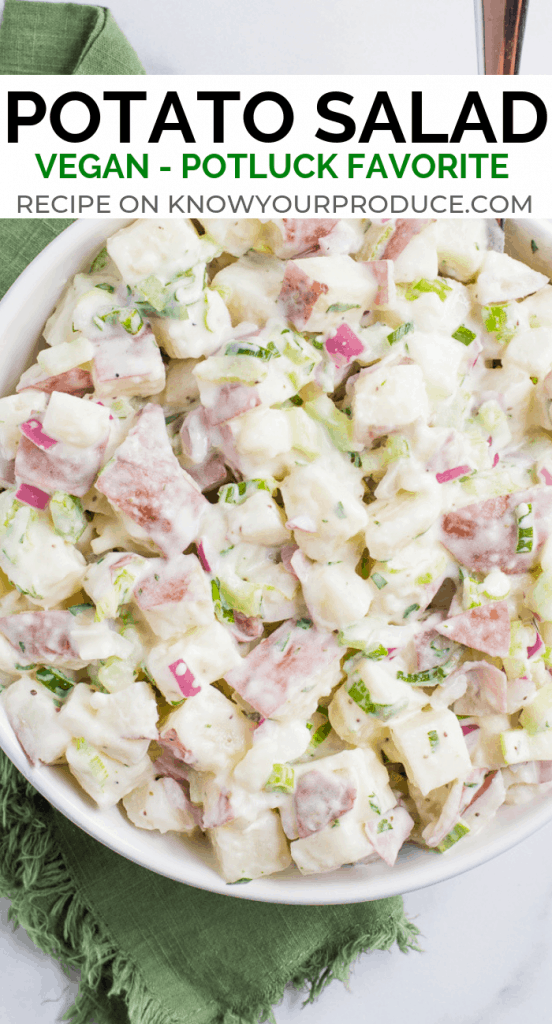 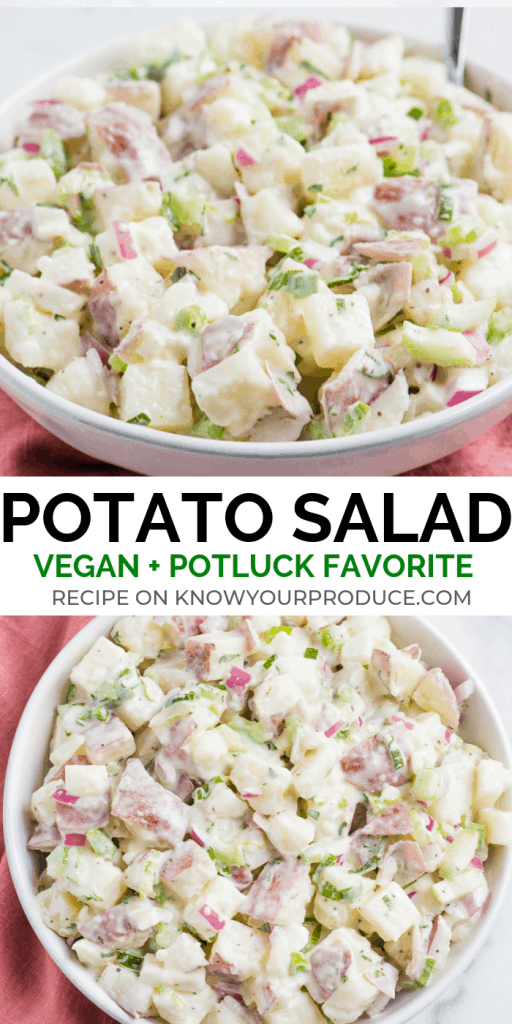