Wondering what you should serve at a Cinco de Mayo Party or what to bring? We’ve got you covered with tons of vegan and vegetarian options for your Cinco de Mayo menu. 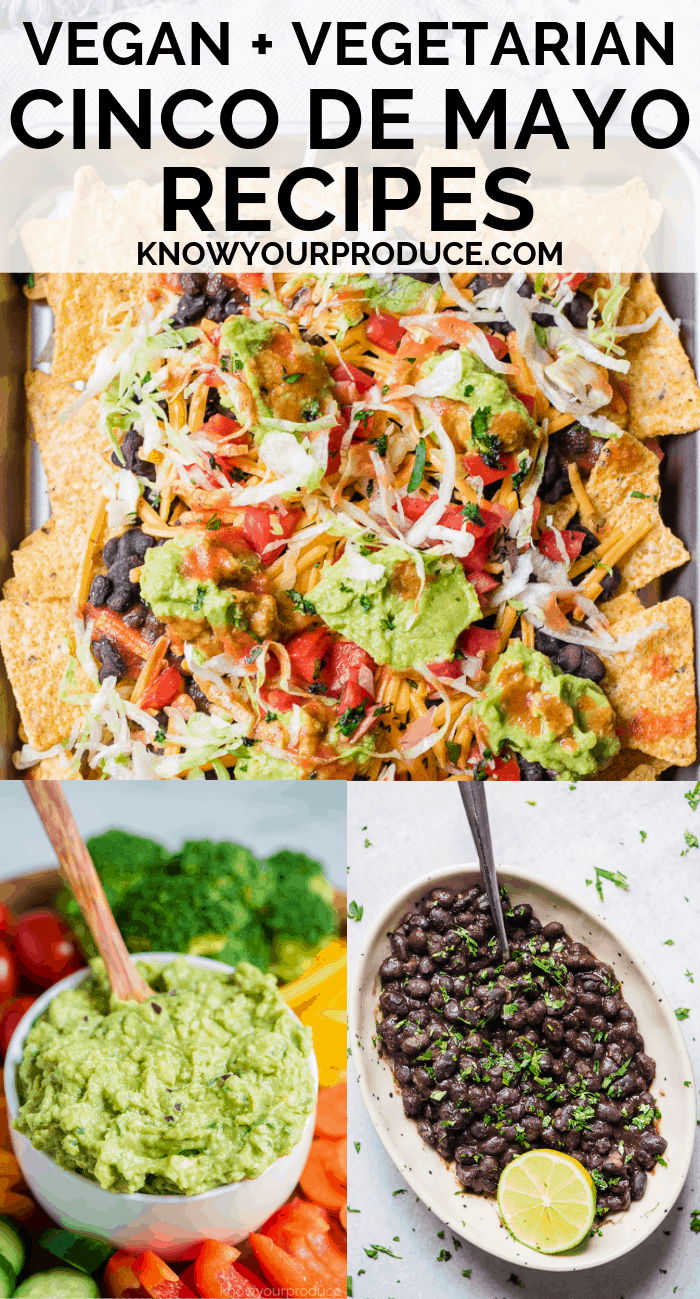 What is Cinco de Mayo?

Cinco de Mayo is May 5th, it’s the holiday that celebrates the Mexican army’s victory over France at the Battle of Puebla during the Franco-Mexican War in 1862. Cinco de Mayo in the United States is a day celebrated eating Mexican food and celebrating Mexican culture, not so much in Mexico.

What food do you serve for Cinco de Mayo?

If you’re looking for meatless meals or even something for Taco Tuesday these recipes will hit the spot! It’s all about the food and flavor, and these recipes do not disappoint!