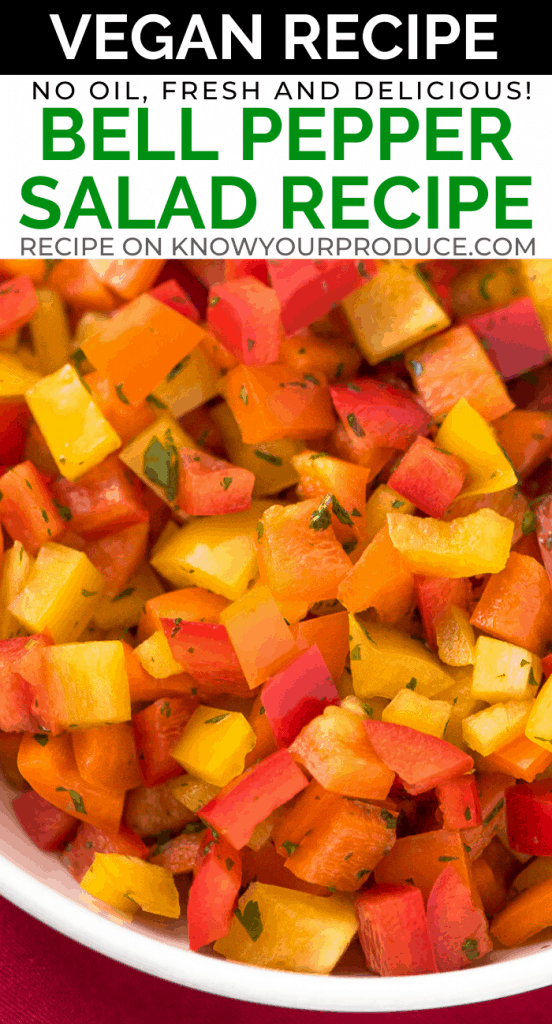 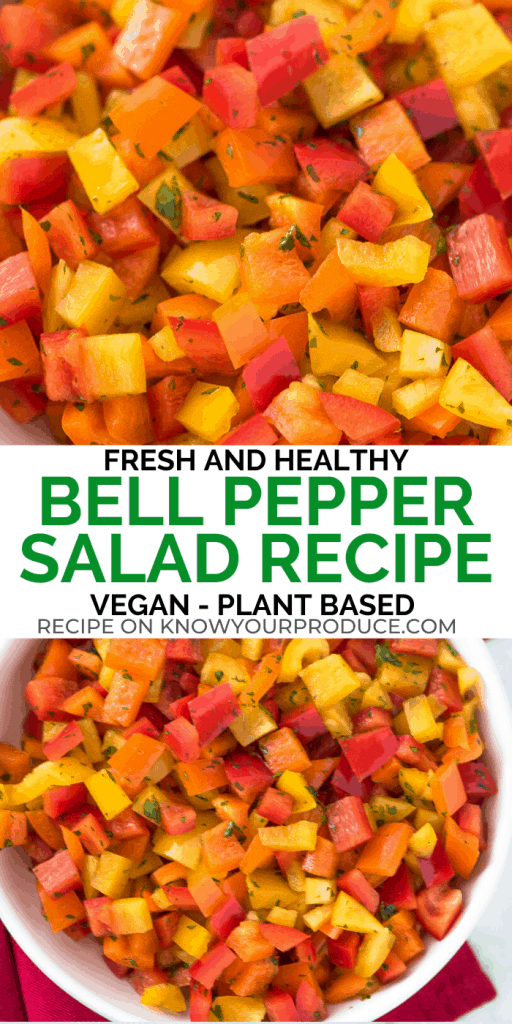 This Bell Pepper Salad is colorful and fresh. It’s a great side dish to compliment breakfast, lunch, or dinner dishes. WFPBNO and Gluten Free. 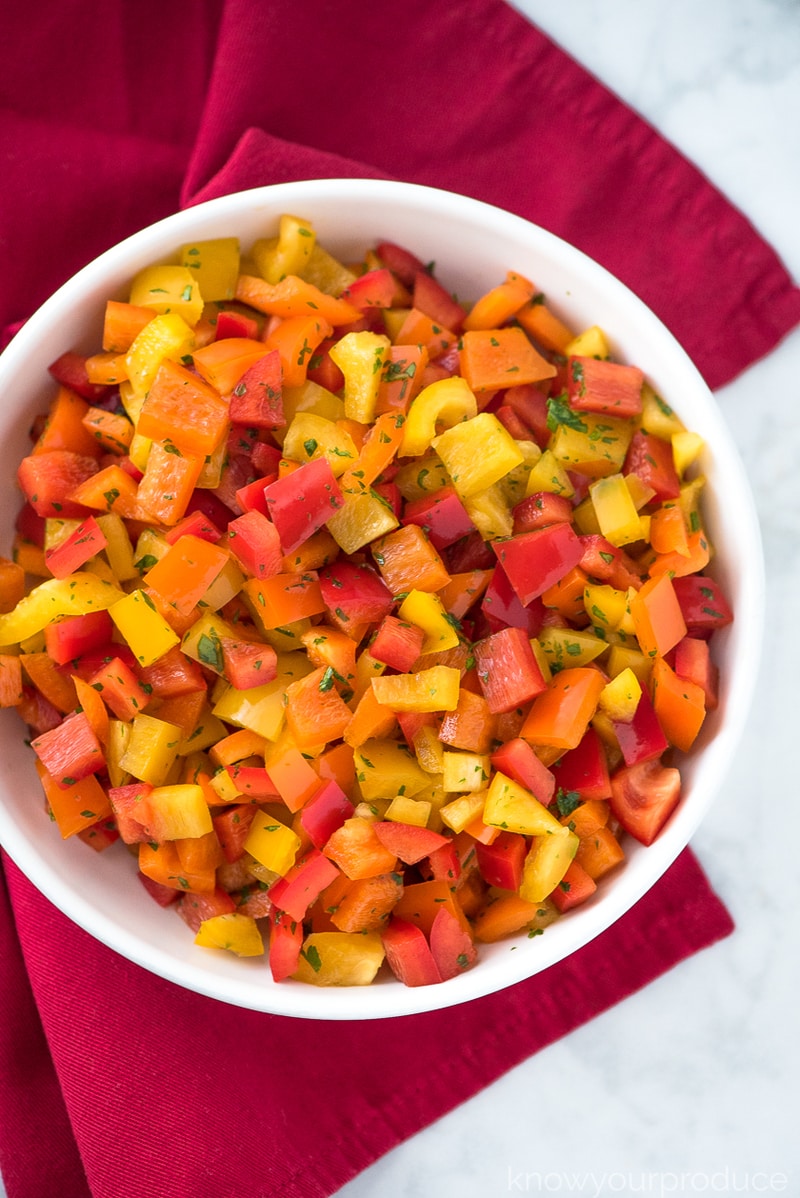 We love having a salad side dish with most meals, it brings flavor and freshness to the recipe. For this recipe, we use red, orange, and yellow bell peppers. They’re sweet peppers, unlike green peppers. It’s similar to our Israeli Salad but doesn’t contain tomatoes, onions, cucumbers or oil. You can either make this using chopped or sliced bell peppers.

It’s a very light cold salad, but if you wanted you could add some olive oil to the dressing if you’re not oil-free. This is also a salt-free recipe, any sodium would be from the fresh produce used.

Making it without the onions makes it a bit more palatable for kids who do not like raw onions in a salad. This is a raw bell pepper salad, there’s no cooking required. The lemon juice will slightly break down the peppers so we recommend eating with 2-3 days. 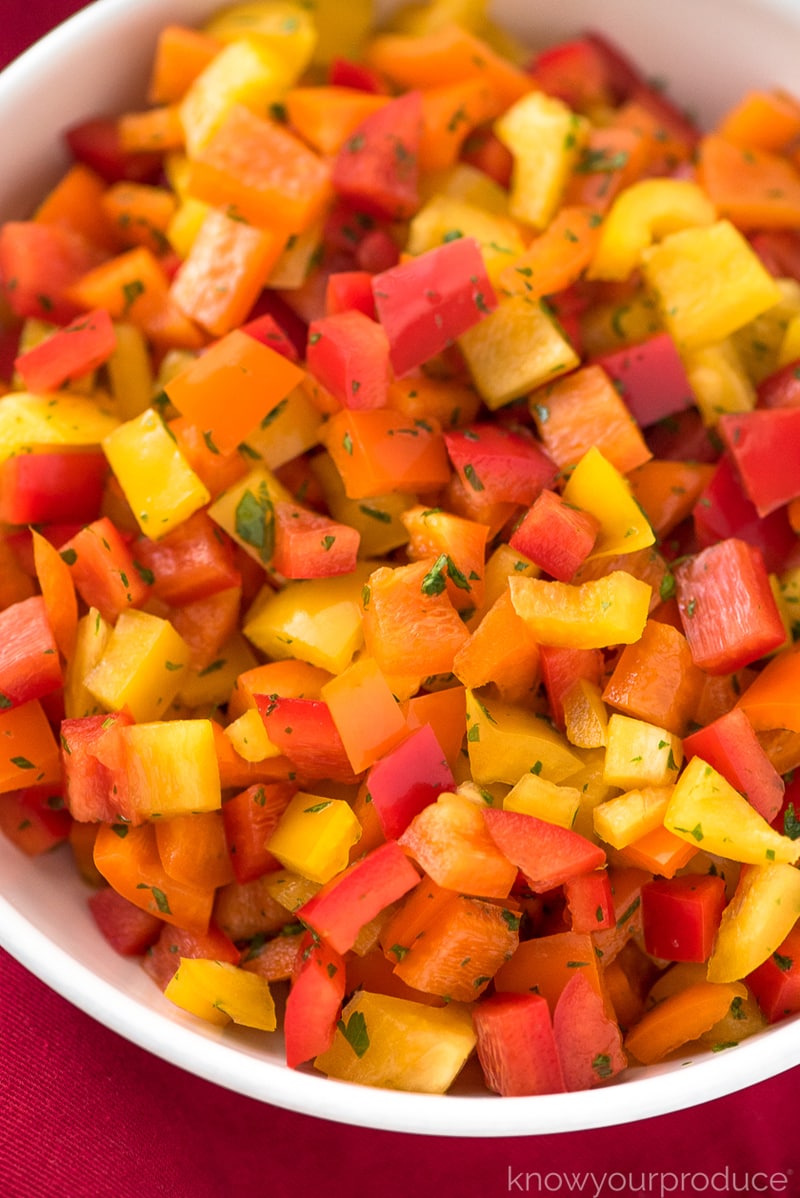 HOW TO MAKE PEPPER SALAD

Slice and chop the peppers or you could also slice them and not chop them up into pieces. If so we’d recommend doing thin slices.

Chop the parsley and juice 1 lemon.

Place the chopped up bell peppers into a large mixing bowl and then add in the parsley and lemon juice.

Give it a toss to combine and then serve as desired.

CAN YOU MAKE THIS BELL PEPPER SALAD IN ADVANCE?

Absolutely. The peppers will break down a little from the lemon juice so you could do that right before serving if you don’t want them to be a little watery. We like the extra juice created to toss over salads like a dressing with the peppers.

We like enjoying this Bell Pepper Salad with hummus, pita, and falafels, or even with a big salad bowl. It can be easily served with most meals. 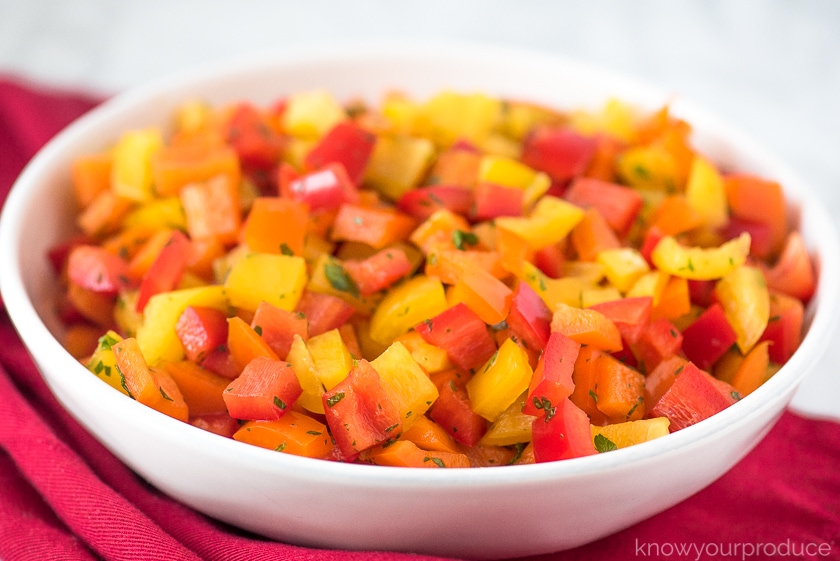 This salad is oil-free, but you could add 1/2-1 tablespoon of extra virgin olive oil if preferred to give more of a dressing.