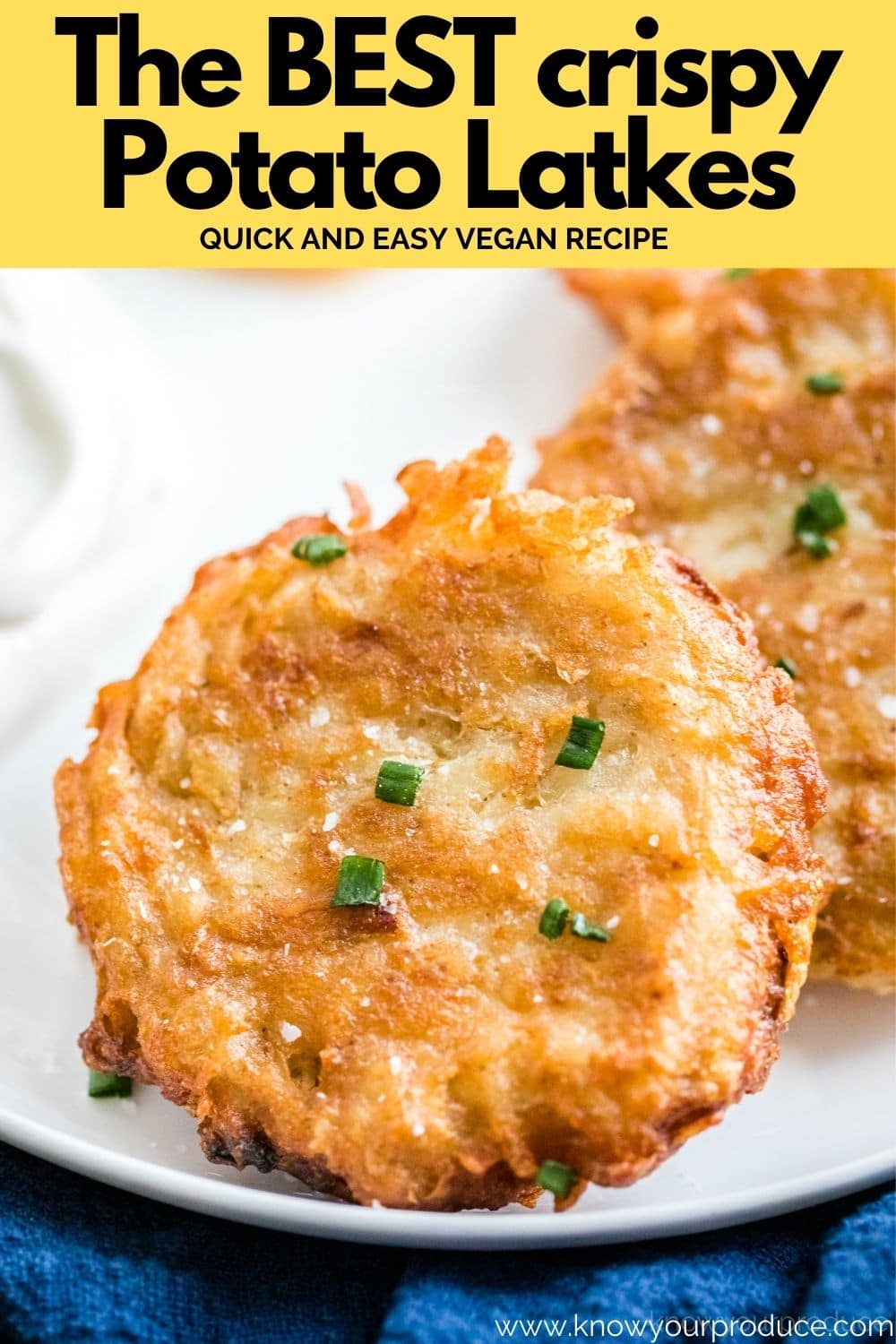 Our crispy Potato Latkes are an excellent side dish for the Jewish holidays like Hanukkah, Passover, or just whenever you’re craving potato latkes. We’re sharing step-by-step photos, plus how to make vegan potato latkes using aquafaba.

Flashing back to my childhood my mother would make potato latkes or matzo meal pancakes every Jewish holiday. I was so impatient and would sneak (and burn my mouth) on a latke each time too. They’re so good and hard to resist eating just one!

My mother would serve potato latkes with sour cream and applesauce. That being said, I would always dip mine in ketchup, and I still do!

Ingredients to serve with potato latkes

How to make Latkes step-by-step instructions

For the full ingredient amount and full instructions on how to make potato latkes see the recipe card below.

How to serve potato latkes:

Potato Latkes are best served with sour cream and applesauce. Also, give ketchup a try, I grew up eating them with ketchup and now my kids enjoy ketchup more as well.

Matzo is unleavened and kosher for Passover. It’s what we have always used and the flavor is better than using plain flour.

Where can I find matzo meal?

Can I use sweet potatoes?

Yes! We love making a few variations of potato latkes like sweet potato latkes and zucchini latkes, some even make cheese latkes.

Latkes are a Jewish cuisine traditionally prepared for Hanukkah or on other Jewish holidays. Hash browns are a traditional American breakfast dish and do not contain onions or matzo meal. 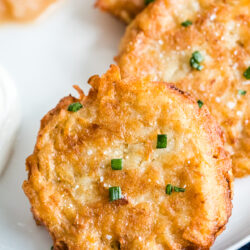 Prevent your screen from going dark

Did you try this recipe? Be sure to leave a recipe rating! Also, tag us @knowyourproduce on Instagram and hashtag it #knowyourproduce so we can share it!