You are here: Home / Produce Index

Learn all about Rhubarb! From rhubarb benefits and nutrition, how to pick rhubarb, even delicious rhubarb recipes 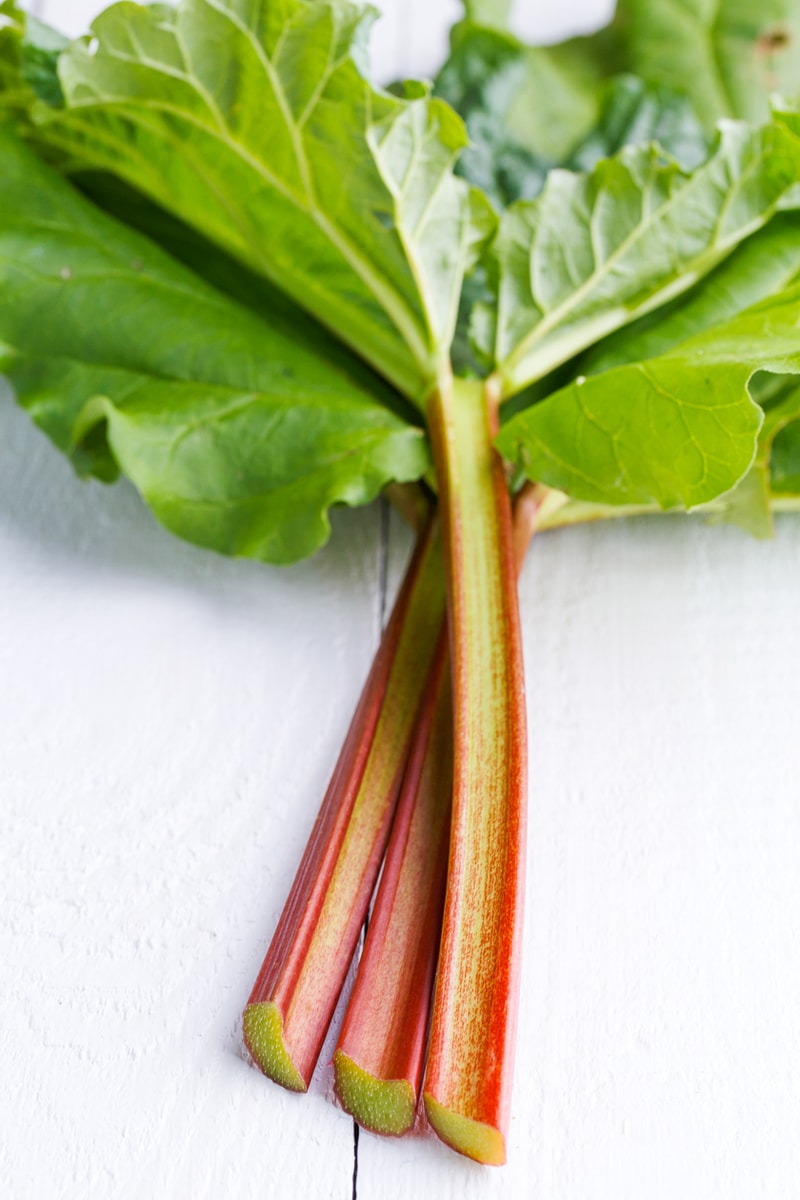 FUN FACT: Rhubarb was actually used as medicine and a healing ointment in earlier centuries. (1)

Rhubarb is a vegetable that has poisonous leaves and edible stalks. While it looks like celery, it’s definitely not and many even think it is a fruit because of the way it’s used. It has a pinkish red hue but can also be slightly green, neither of which is an indicator of sweetness or ripeness. It’s naturally tart, but once you cook it and add a sweetener that’s where it really shines. 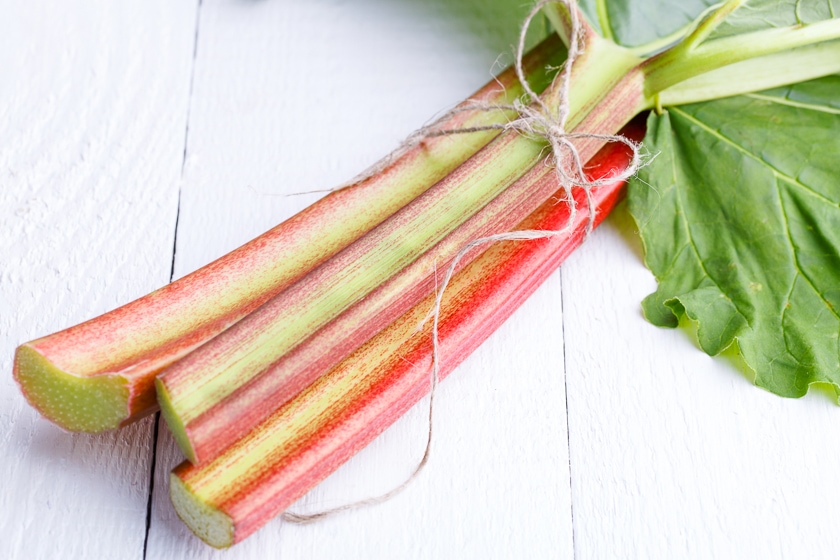 Rhubarb is one of those vegetables that most people shy away from because they don’t know what to do with, but you should definitely try it at least once or twice before ruling it out.

Rhubarb is also loaded with antioxidants. The beautiful red color is from anthocyanins which provide tons of health benefits including possibly preventing heart disease, obesity, and certain cancers. .(2)

A study showed that Rhubarb fiber supplementation results in a significant lowering of cholesterol. The stalk fiber showed lowering in total and even LDL cholesterol. (3)

WHEN IS RHUBARB IN SEASON?

Rhubarb is in season from early spring and throughout summer. Peak season is April through June.

HOW LONG DOES IT TAKE TO GROW RHUBARB?

Growing rhubarb takes about 2-3 years once planted so it can become established. You should leave the plants be for the first year of growth.  You need to wait until the plants are fully grown and strong before harvesting, at least a 1-2 feet in height for just the stalks. 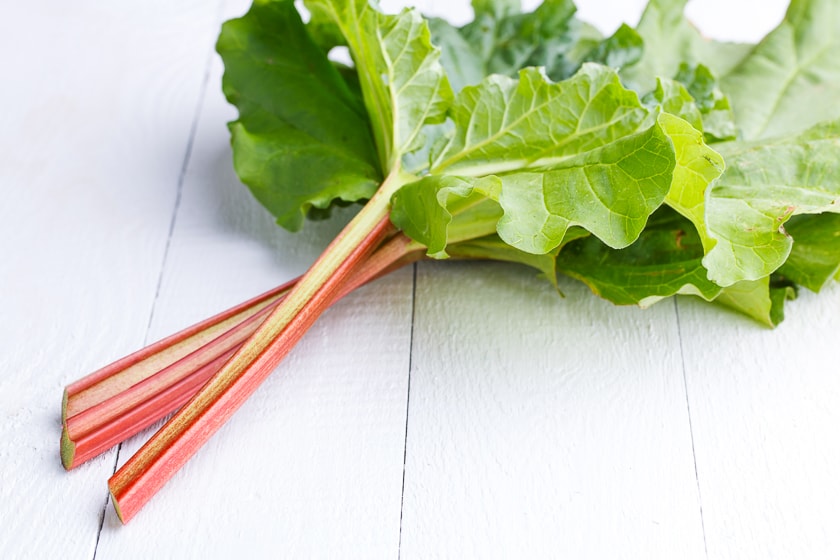 Rhubarb leaves contain poisonous substances and should not be consumed. The leaves contain oxalic acid which is a nephrotoxic acid that is actually present in many plants. Rhubarb stalks are edible although they do contain a small amount – we suggest eating rhubarb in moderation.

HOW TO STORE RHUBARB

We store it in the crisper drawer in a reusable produce bag for up to a week.

HOW TO PICK RHUBARB

You want nice firm stalks, not dried out or limp. It doesn’t need to be fully red for picking. Stalks should be about 12-18 inches when picking. 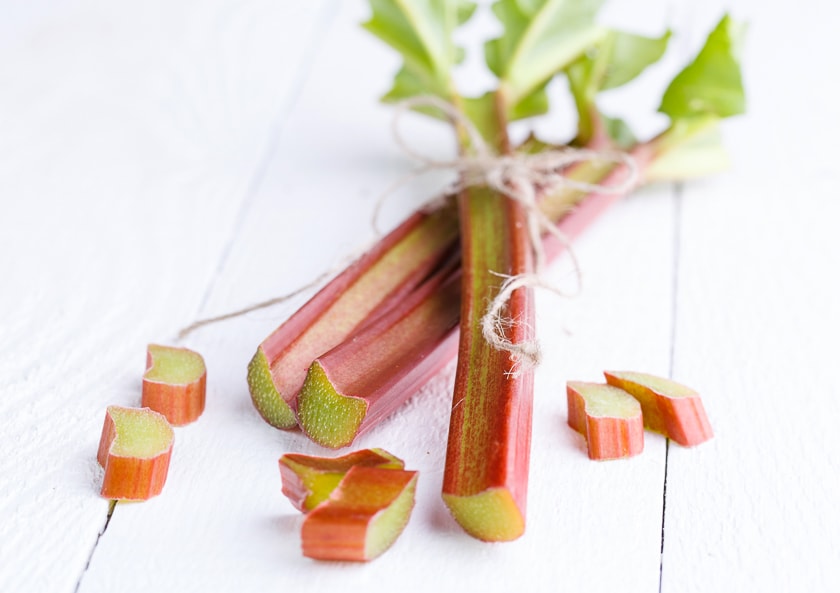 CAN YOU FREEZE RHUBARB

Absolutely! We suggest cutting into bite-size pieces, about 1-inch cubes. You’ll want to quickly cook your rhubarb in a big pot of boiling water for 1-2 minutes and then throw into a bowl with ice and water to blanch. Remove from the water and dry quickly. Once the rhubarb is dry you can freeze. For freezing, you can follow our tutorial on how to freeze peaches after cooking and blanching the rhubarb.

HOW TO USE RHUBARB

Rhubarb is almost always cooked due to its bitter taste – sugar, maple syrup, or honey really sweetens it up! Rhubarb is also commonly paired with strawberries. 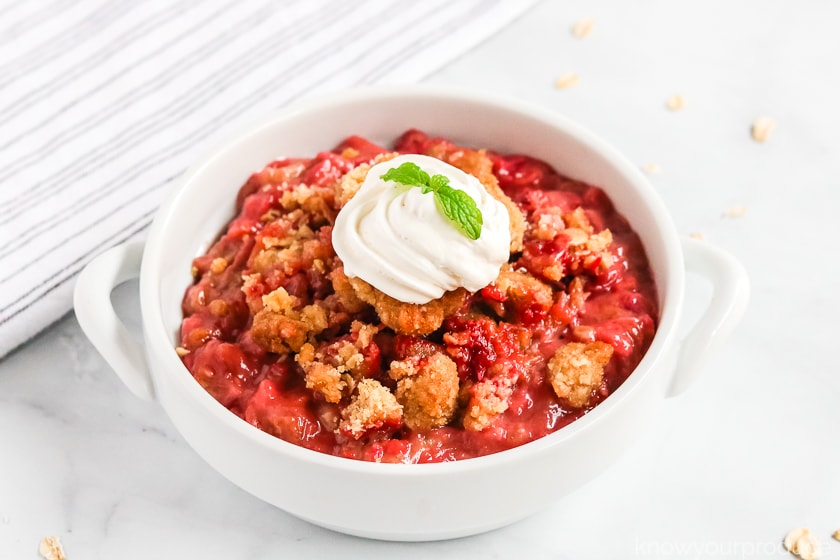 Looking for recipes using rhubarb? here are a few delicious ones to try!